Each year, millions of animals are subjected to animal testing, then are later discarded, posing major hazards to our already fragile environment. Research indicates that between 115 and 127 million animals are used for animal testing each year.

The facilities that use these animals are responsible for a large amount of environmental waste. This not only causes environmental harm from animal decomposition, but also puts a strain on the environment as a result of the process of transporting and disposing of this waste.

Animal testing is viewed by some as a necessary process to make products and medications safe for humans. There is some truth to this. However, animal testing increases demand for more effective products. This means that companies often rush to get new products to the market as soon as possible, thus necessitating even more animal testing.

Typically, facilities that engage in animal testing not only dispose of animals, but also dispose of potentially dangerous chemicals, food waste, and a variety of supplies used during the testing process. Additionally, animal testing also heavily impacts water and air quality. 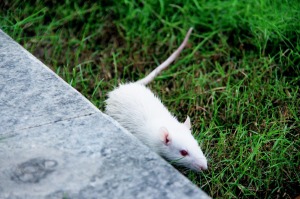 According to the National Institutes of Health (NIH), waste from their animal testing facilities totaled 1.5 million pounds from 2011 to 2013. In another case, a major pharmaceutical lab was responsible for producing almost 15 tons of animal waste in just one year.

Since so much food is necessary to feed the millions of animals used for research, agricultural processes that harm the environment are also linked to the environmental damage resulting from animal testing. For example, Maryland-based NIH labs spent over $500,000 on animal feed in an 18-month time period.

More startling, perhaps, is the fact that many animals do not survive the animal testing process and are subsequently disposed of in large numbers. This results in environmental exposure to toxic chemicals, diseases, and other risks. In other words, the disposal process poses potentially dangerous exposure to biohazards, including radioactive materials.

The Role of the Environmental Protection Agency

Proponents of animal testing argue that these tests are necessary to ensure that safe products are developed for human use. The process of animal testing is governed by the EPA under the Toxic Substances Control Act of 1976. This Act was put in place for the purpose of monitoring environmental exposure to chemicals and other harmful substances and ensuring that they don’t exceed so-called acceptable levels.

In reality, the Substances Control Act only resulted in the ban of a small number of chemicals. Harmful products have still found their way to store shelves, despite dangers discovered in the lab.

For example, in the 1970s, it was determined that large doses of the artificial sweetener saccharin caused cancer in laboratory animals. However, rather than being completely banned, products containing the sweetener were subject to product labeling in order to warn consumers of the potential cancer risk.

This event also highlighted another unfortunate reality of animal testing – just because a chemical affects an animal in some way doesn’t necessarily mean it will affect humans the same way. In the case of saccharin, it was later determined that there was no connection between saccharin and cancer in humans.

The Future of Animal Testing

Recent research released by the US National Academy of Sciences and the European Commission’s Scientific Committee indicate that animal testing still remains necessary in order to prevent further damage to the environment and reduce risks to public health. However, many activists and prominent scientists argue that animal testing is not relevant to human health.

They propose that the practice of animal testing be abandoned in favor of other approaches, including cell-based testing methods. Cell-based and molecular testing has the advantage of allowing researchers to test more chemicals in shorter amounts of time than are possible with animal testing.

The goal of environmentalists is to bring these newer methods to the forefront in order to systematically phase out animal testing completely. The EPA has recognized these efforts by establishing the ToxCast initiative, which serves to categorize chemicals that should be subjected to more in-depth study, both in terms of environmental and human health impact. Additionally, the EPA is also researching the use of computerized toxicity testing to reduce the dependence on animal testing.

As it currently stands, there are no laws that mandate that consumer products be tested on animals. The FDA is also relatively neutral when it comes to product production, essentially leaving manufacturers to their own testing procedures.

In fact, a large number of companies choose not to engage in animal testing of any sort, instead opting for less harmful testing methods. Animal rights organizations such as PETA have also developed plans to educate the public about the negative environmental consequences of animal testing, as well as suggest more human- and environmentally-friendly alternatives.